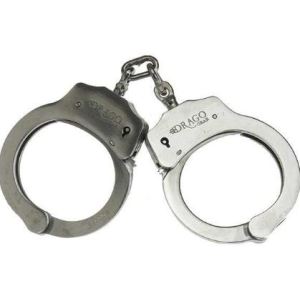 Okay, “Charlie” is a criminal. I get it. But that does not make his teenage and young adult children criminals.

Charlie, his three children and their mother came to the US from Central America when the children were about ten years old, give or take. They remained in the United States for years, much longer than the six months they were allowed.

Not a model family man, Charlie left his family for a young lady he met at work. The only positive to come from this union was that when Charlie married this US citizen, she was able to sponsor him and his three children for permanent residence.

Not surprisingly, the marriage did not last long. But at the end of two years, Charlie and the children needed to renew their permanent residence. The renewal application was required to include evidence that Charlie’s marriage to the US citizen had been bona fide. The marriage had been bona fide – there was a child, as well as other evidence that the couple actually lived together as a couple. Although the couple was already divorced, this evidence that it had been a “real” marriage would have been sufficient for Charlie and the children to renew their status.

Unfortunately, there was a catch. Charlie was barred from renewing his permanent residence because of the $100,000 + he had chosen to embezzle. He was in jail and on his way back to Belize once his sentence was over. His children, who were excelling in high school and college, were suddenly left without a way to remain in the United States. Within weeks, the government put them into removal proceedings, seeking to get them out of the country.

Luckily, the timing was right. President Obama had just taken executive action that allowed young adults who had no status in the United States to obtain employment authorization and remain here legally. Charlie’s children fell in this category and were able to take advantage of this lifeline. His oldest child, who recently graduated from college with honors and is now serving the community as a social worker, will be able to get back her permanent residence because she has married a US citizen. The younger two may be able to regain their status this way also at some point. For now, they are grateful for the opportunity to live and work legally in the United States until they are able to become full members of the community.

Charlie writes to me from time to time from Central America, asking me if any of the laws proposed by Congress will help him return to the United States. I can’t imagine that Congress will ever ease the path for convicted felons to return to the US, although it is certainly unfortunate that Charlie’s children are unlikely to ever reunite with their father.