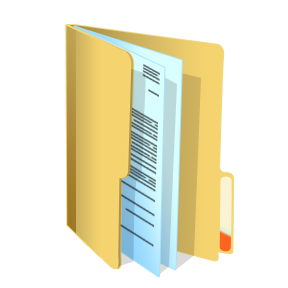 This blog entry is not about one particular client, but instead is a composite of several clients, that I will call Eber.

Eber is a hard-working young man from El Salvador. Up until the end of 2000, his family members were subsistence farmers. If their region had a bad year, they would borrow from friends and families in other regions, and then return the favor in better years.

But in December of 2000, Hurricane Mitch struck El Salvador, devastating more than half the country. Not only were thousands of small family farms washed away, the entire infrastructure necessary to support those farms was destroyed. Roads were gone overnight, so that the necessary farm machinery could not be delivered where it was needed. Land that had been carefully tended for generations was covered with rocks and mud, which could not be removed without the machinery. Thousands upon thousands of families were left to starve, with no way to earn a living and no government infrastructure to provide subsistence needs.

At the same time, the American economy was booming. Laborers were needed to build houses, pick crops, serve as housekeepers and work in factories and restaurants. But the immigration system for filling these unskilled positions requires a three to seven year wait, from the time the employer starts the process until the employee obtains work authorization.

So consistent with the history of the world, the law of supply and demand trumped man’s laws. Tens of thousands of Salvadorans, Eber among them, found their way to the United States. Eber became a construction laborer. He stayed in a rented room, often sharing a bed with a night shift worker. His employer, unable to find “legal” workers, was forced to pay Eber in cash.

On March 9, 2001, the US Department of State took pity on the Salvadoran workers. It designated them for “temporary protected status,” which meant that they could live and work legally in the United States, as long as they could prove that they had been born in El Salvador, did not have a serious criminal record, and had been in the United States before that day. Salvadorans would retain this status until the country’s infrastructure was back in place, which has not yet happened all these years later.

Proving that Eber had been born in El Salvador and did not have serious criminal records was easy. He had his passport and birth certificate and was fingerprinted as part of the application process. But how could we prove he had been in the United States before March 9, 2001? His passport was not stamped because he had entered the country illegally. He had no pay records or rent receipts and did not have a bank account or credit cards.

Finally, we found the necessary paper trail. Eber, who earned minimum wage on his best days, had a number of receipts from Western Union. As soon as he had earned $10, he had sent $5 back home. His very strong culture dictated that he share whatever he had with his starving family.

After we learned from Eber about this documentation, the rest of these cases became easier; an overwhelming majority of the Salvadorans were able to present similar receipts to include in their application packages.

In this case, the Salvadorans’ culture had provided them with the means to obtain documentation; once US Citizenship and Immigration Services had the evidence that these hard workers had been in the United States on the date that TPS was designated for El Salvador, they were given the means to get social security numbers, work legally, and contribute their share of taxes, participating in the Salvadorans’ legacy of giving back to the community.