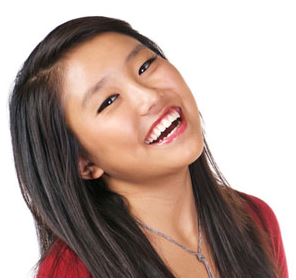 I don’t know “Suman” very well, as I have mostly worked with her husband, “Karan.” Suman was born in India, but spent a part of her adult life living in other parts of Asia as she followed Karan’s career around the world. Besides continuing to work full time, Suman was the primary caretaker for the couple’s child. She has been living in the United States for about a year and loves it here!

Karan is an outstanding researcher in the field of Biotechnology. His arduous research at a major US university is helping to improve the environment both in the United States and overseas. He is also helping to develop crops that will not only grow more efficiently, but will taste better to consumers.

As citizens of India, it was quite difficult for Karan, Suman and their daughter to obtain permanent residence in the United States. There is an annual quota for each category of permanent residence. Each country can only use 7% of the quota each year, so certain categories are oversubscribed, and that country’s citizens must wait years to “move to the head of the line” with respect to the quota.

In Karan’s case, there were two ways he could get permanent residence. The easier way would be to prove that his work is in the national interest (we all want a better environment and better tasting crops, I think), that it would have nationwide benefits (ditto) and that his work is exceptional among his peers. However, this particular category is so oversubscribed among citizens of India that the family’s wait for permanent residence would have been close to ten years. During this time, it would have been very difficult, or maybe impossible, for Suman to work legally in the United States. The family would have to survive on one postdoctoral researcher’s income. Sadly, in spite of the importance of Karan’s work, this pay is not enough for a family of three.

So we tried a different category; “outstanding” researcher, or category EB-1. This category has a much higher standard, but it is not oversubscribed. The family could become permanent residents within about 90 days of the immigration officer’s finding that Karan’s work is “outstanding.” Suman would be able to keep working. (She had a temporary work authorization that she would not have been able to renew after the end of August, 2015).

It was getting close to August. The family was facing the loss of Suman’s income, which would have led to very difficult times. So Karan turned to me for help.

I reviewed Karan’s cv with him, and told him that I thought his work was outstanding, but that I was not the one who would decide his case. I could only prepare an application package and submit it to USCIS. I worked intensely with Karan over a six-week period to gather reference letters from his peers, along with about 80 other supporting documents. Karan paid the government an additional $1,225 “premium processing” fee, over and above the normal $2,720 government filing fee, to insure that the government would make a decision about whether or not his work was “outstanding” within 15 days. Quite a gamble when the government’s standard of review is often prohibitive in these cases. Karan, who was aware of the risk, was willing to take it to ensure his family’s future.

Sure enough, within about a week, we received a preliminary approval notice, and I expect the family to become permanent residents before the end of the year.

So why is this blog post called “Suman’s Surprise?” Because Karan decided to surprise Suman with the approval. In fact, he didn’t even tell her he was submitting the preliminary application package. When it was approved, Karan took his family out to Maggiano’s for a great Italian dinner. He first handed his phone to a friend to take a video. Then he told Suman he was giving her an early birthday present, and handed her an envelope with the preliminary approval notice inside. There were several other associated documents, and Suman took a few minutes to leaf through them, trying to understand the significance.

Finally, she “got it.” Watching the video of her face move from confusion to exuberance was one of the most rewarding moments of my career. Suman gradually realized that her family would be able to remain in the United States indefinitely, that she would be able to continue working, and that their child would be a “normal” part of the American fabric. Her smile grew bigger as she figured out each implication of the pieces of paper in her hands. As she got up to hug Karan, he told the camera, “I didn’t tell her.” The couple’s daughter caught the mood and began hugging both parents, running from one side of the table to the other.

I hope that I get to meet Suman, Karan and their daughter one day. They live far from Chicago so they will have to plan a family “road trip.” But whether I ever meet them or not, I am glad that the United States will continue to benefit from their presence here.